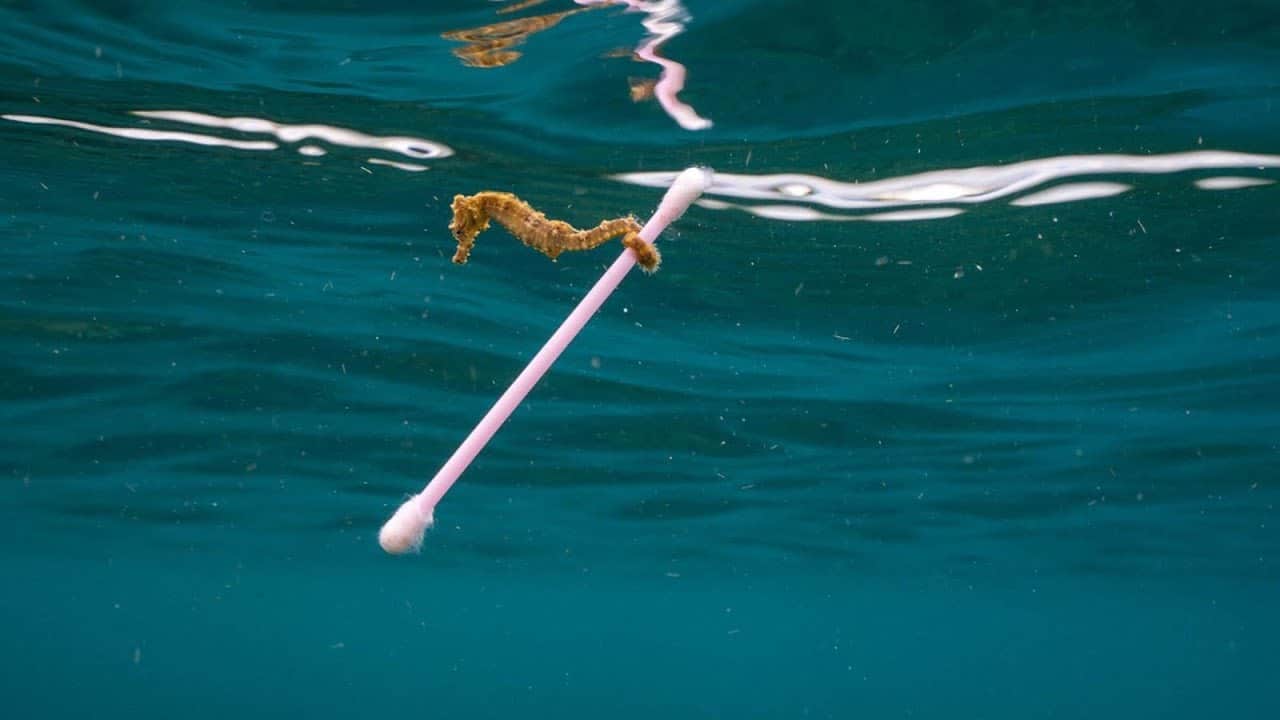 You might have seen the image on your social media feed, of a small, beautiful seahorse grasping a cotton bud as it rode the ocean currents. It has been described as a heart-breaking image, one that should never have been seen. The photographer of the image, Justin Hofman, described the devastation and anger they felt at what can only be described as a tragedy of our times. This is what he said;

“It’s a photo that I wish didn’t exist but now that it does I want everyone to see it,” he wrote on Instagram. “What started as an opportunity to photograph a cute little sea horse turned into one of frustration and sadness as the incoming tide brought with it countless pieces of trash and sewage. This photo serves as an allegory for the current and future state of our oceans.” 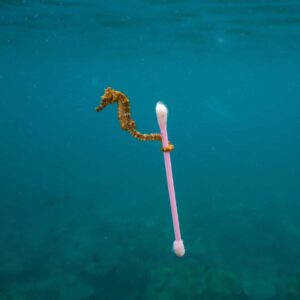 This image of the seahorse grasping a cotton swab at the top of this page has been selected as a finalist in the Natural History Mueseum’s Wildlife Photographer of the Year competition. PHOTOGRAPH BY JUSTIN HOFMAN, SEALEGACY

Although this image was taken in waters near Indonesia, we would be very, very wrong in thinking that it doesn’t affect us. It does. The entire marine eco system is extremely fragile and we are doing very little in the way of preserving it. With rising temperatures, entire reefs are dying, species migrate out of season shifting the entire system and killing off species which depend on others to live. We can hear you say, “but what can I do about that?” Did you know, for example, that anything you flush down the toilet which shouldn’t be flushed, could very well end up in our seas? Wet wipes which don’t disintegrate, end up on beaches, wiping out marine life in the process. It’s such a little thing to do, and yet it could have such an impact on our planet.

Here in Malta, awareness is spiking, with talks, workshops and activities for children being organised, aimed at highlighting the challenges our waters face. You can also do your part. Start off by taking interest in the world around you. Don’t waste water. Don’t throw away anything down the toilet which is not meant for the sewers. Lead by example and treat the seas like they were your home, not a rubbish dump that somehow self-cleanses.

So you CAN do something about the situation. If we all do our part, this world would be so much better. Take care of the eco-system which provides you with food as well as making a beautiful addition to the landscape. Respect our Seas.